Reflections on Year One of HTT

This site began when three women who had all been victimized by dishonest horse traders met online.  Misery loves company and when we started comparing notes, we realized that our traders used almost identical tactics to sell their horses.  All three of us are lifelong horse owners and we couldn't believe our own stupidity.   We began writing the text for HTT in September of 2010, and felt our target readers would be novice horse shoppers because surely the three of us were just unusually and embarrassingly gullible, and atypical of the traders' usual prey.

We posted ads on Craigslist and a few other sites asking if other people had suffered similarly.  Emails poured in from victims telling their stories... along with hate mail from traders.

Ha!  We had clearly struck a nerve in the horse industry.

Now, more than a year later, we realize that it's not just first-timers; many experienced horse buyers have been deceived.  We missed the basic principle of all flim-flam men and scam artists.  In order to be successful in duping people, they have to be convincingly charming and sincere.  Our true common denominator as victims is that we all liked and trusted our sellers.

Odds are good that your seller is honest and well-intentioned, but remember to always listen carefully and be ready to reassess if what you hear matches the warnings on this site. 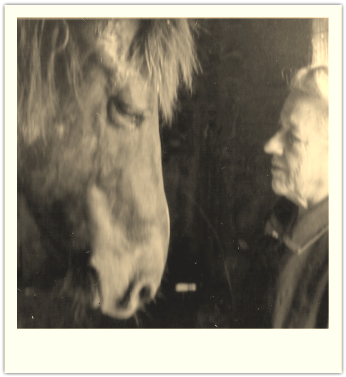 This work by horsetradertricks.com is licensed under a Creative Commons Attribution-NoDerivs 3.0 Unported License.